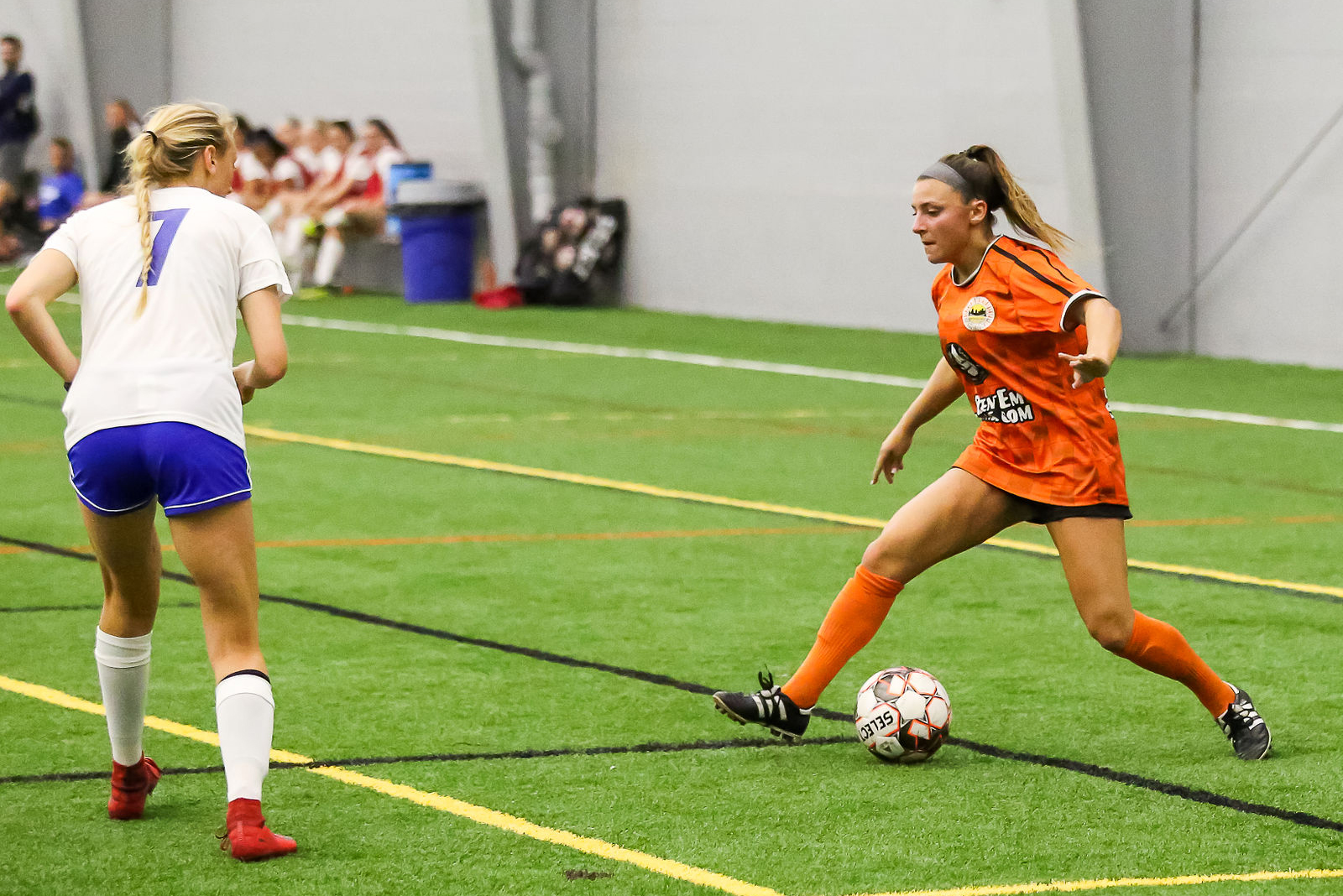 Detroit Sun (2-1-0) beat the Michigan Legends (1-2-0) on the road in a mid-week, Midwest match of two Michigan sides. Rachel Deluca had two goals for the visitors. Gabby Mencotti had a goal and two assists. Bella Jodzis contributed a goal for Detroit while Dani Evans had two assists. Caroline Halonen had the lone goal for the Legends.

A long through ball before halftime (45’) to Camryn Evans, placed neatly with her right foot into the left-hand post, gave Lansing United (3-0-0) a 1-0 lead over AFC (1-3-0). A mis-clearance by AFC to the top of the box gave Camryn Evans a second goal of the night (70’). The one-touch finish was sailed under the bar, placing the ball and game out of reach.

In five steps and twenty-three minutes into the match, Riko Sagara gave Grand Rapids FC (0-2-1) an early lead from the penalty spot. Four minutes later, Samantha Dewey tied up score for Indiana (1-0-1). After trading shots, Indiana took the lead into halftime with a goal from Cassidy Lindley (42’). Ten minutes into the second half, Kendra Longoria tied up the game for GRFC. Marti Corby’s goal (67’) seemed to be enough for GRFC, but a late goal compliments of Delaney Benich ensured the two sides would share the points.

Michigan Legends & AFC Ann Arbor faced off in their second match of the week. AFC coming off a 0-2 loss against Lansing the night before, and Michigan Legends’ 4-1 loss against Detroit Sun FC last Wednesday. The two teams battled it out, resulting in the lone goal of the match being scored by Michigan Legend’s Gianna Parlove off an assist by Nikhita Jacob. 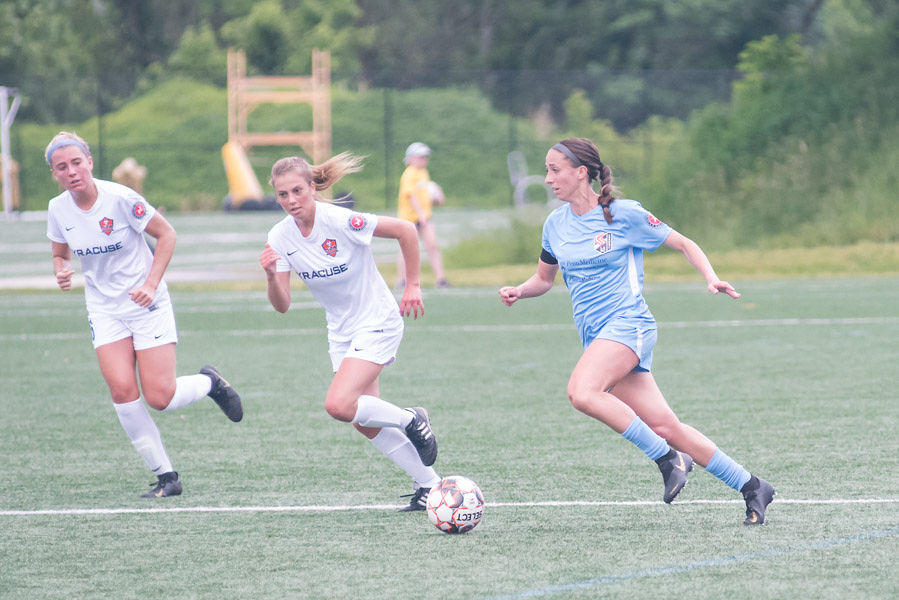 The Connecticut Fusion (3-0) scored 3 goals in the first 12 minutes of action to defeat the Rochester Lancers (0-1-1) by a 4-0 result. Chanel Johnson put her stamp on the match in the opening minutes with a goal and assist. Meghan Doyle added three goals for the Fusion who took over sole possession of first place with the victory.

Turn about was fair play as the Rochester Lancers (1-1-1) salvaged a split over the weekend with a 6-0 defeat of the Worcester Smiles (0-3-0). The Lancers got two goals & two assists apiece from forwards Claire Myers and Leah Wengender. In addition, Taylor Wingerden had 1 goal & 1 assist, and Olivia Damico scored one goal in their victory.

Lancaster (1-1-0) opened the scoring with a goal (45’) from Haley Crawford, who got on the end of a through ball from Bri Kropinack, dribbled across the box from the right, and finished in the left-hand side of the net.  Early in the second half (55’), Syracuse (0-1-1) tied up the score when Eva Gordon, chased down a long ball from Brooke Barbuto, shooting low and hard into the corner. A free kick at the top of the box was all Tesa McKibben needed to give Lancaster a 2-1 lead (58’).  Tesa McKibben finished a ball from Bri Kropinack to give Lancaster a 3-1 lead (78’). Syracuse would get one back (89’) courtesy of Kristen Underwood off a free kick of their own but Lancaster was able to close out the game for a 3-2 win.

Among a mass of cleats and hands in the 6, Jen LaPonte found the ball and placed it into the right-hand side of the net. That lone goal (29’) was enough to keep Houston (2-0-0) as the lone leader in The Lone Star State and atop the Southwest standings. Both Houston and Austin (0-1-0) meet San Antonio in their next match.

Santa Clarita Blue Heat (1-1-0) got into the win column with a dominating performance against the Colorado Pride (0-1-0). The final 2-0 margin could have been worse if not for a heroic 15 save outing from Pride goalkeeper Alexis Walker. Santa Clarita’s Tara McKeown (USC/USWNT U20) scored off an assist by Ashley Sanchez & Hailey Phipps finished a ball from Yadira Toraya. Blue Heat midfielder Ashley Sanchez (UCLA/USWNT U20) was the player of the match - dominating the center of the pitch.

Calgary (1-0-0) opened their season with a 5-0 win over Queen City (0-1-0). Tanya Boychuk (Canada WNT U20) scored four goals for Calgary and Rehana Murani contributed one of her own. The two teams are set for a rematch next week, this time at Calgary.