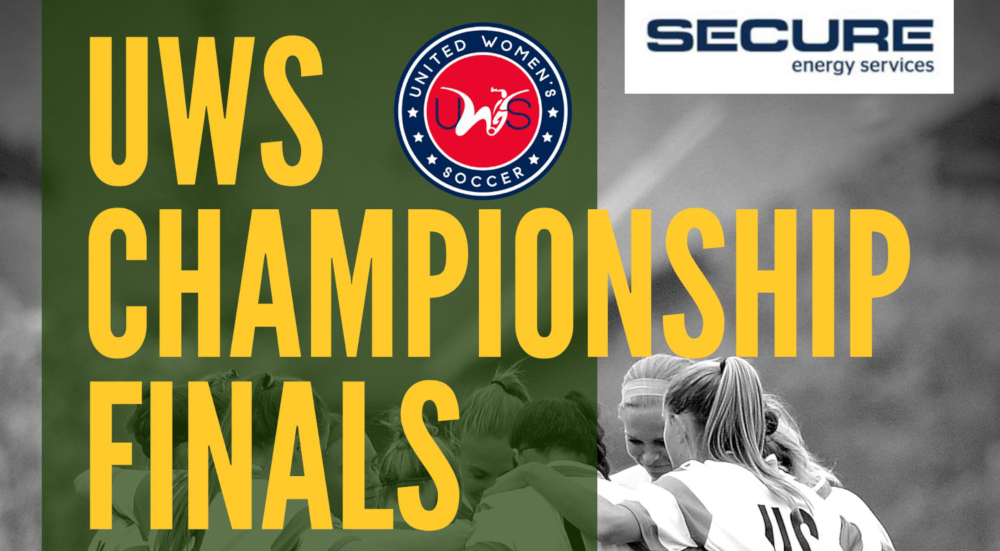 CALGARY PREVIEW: the 2019 West Conference champions are hosting this weekend's UWS Championship at the Stadium Field of Mount Royal University, a first-ever event for not only the city of Calgary but the nation of Canada itself... this was the second straight West title in Foothills WFC's third year of play in UWS... Calgary lost in the 2018 National Semifinal to the eventual UWS champion Houston Aces by a 3-1 score... Foothills WFC jumped out to an early lead in the 8th minute of play on a Jessica Jones free kick but the Aces responded with two first half goals and added to the lead in the second half of a rain-soaked encounter... head coach Troye Flannery has been at the helm of all three campaigns in the ultra-competitive UWS West, compiling an impressive 17-6-4 record while never suffering a losing season... Flannery has also been filling up his awards cabinet as the reigning UWS Coach of the Year and two-time West Coach of the Year (2017-18)... Canadian U-20 Women's National Team member Tanya Boychuk leads the team in scoring (8g, 16pts) with senior international Alex Lamontagne right behind her with six goals (12pts)... veteran forward Joelle Gosselin (3g, 6pts) will not be available for Foothills WFC this weekend as she has signed a professional contract with Jyväskylän Pallokerho of the Finnish Naisten Liiga... Calgary is looking to join an incredible list of championships that teams have brought back to the city in the last year that includes titles in the Canadian Women's Hockey League (the Inferno), Canadian Football League (the Stampeders), National Lacrosse League (the Roughnecks) and PDL (Foothills FC).

LANCASTER PREVIEW: this is also the second straight appearance in the UWS Championship for Lancaster as the defending East Conference champions, similar to this year's National Semifinal opponent in Calgary... in last year's league championship, the Inferno defeated the hosts in Grand Rapids FC by a 4-3 score in an exciting semifinal but lost a heart-breaking 1-0 decision in extra-time to the Houston Aces in the final... Lancaster had an impressive run to this year's UWS championship tournament, winning two road games against undefeated competition as the #3 seed in the East playoffs... the Inferno won both playoff games by 2-1 scores, as they defeated second-place Connecticut last Friday night before recapturing the East crown against first-place New England on Sunday... Head Coach Francisco Cleaves has led Lancaster in all four seasons in the UWS East (26-18-1 overall record) and was named the 2018 UWS East Coach of the Year... Haley Crawford once again leads the Inferno in scoring with 14 points (6g, 2a) as the team's all-time leading scorer in UWS play (29g, 4a, 62pts in three seasons)... the James Madison University star was named the 2018 UWS Offensive Player of the Year as she finished in second-place in UWS for goals and third in total points... veteran midfielder Teresa Rook (3g, 3a) was the Iron Woman for Lancaster this past regular season (900 minutes), logging every minute of every match while being named to the UWS Team of the Week on three occasions... goalkeeper Kelly O'Brien was the 2018 East Defensive Player of the Year and has followed that with another rock solid season, allowing only seven goals in nine regular season games (five shutouts).

INDIANA PREVIEW: Indiana re-branded as the Union (previously known as Indy Premier SC) in the offseason and the change completely remade their fortunes in the UWS Midwest, as the team went from the cellar to the top floor in one season... in their previous two years in UWS play, the Union compiled a 5-14-1 record which included a last-place finish in the 2017 season... with a 9-2-1 record so far in 2019, Indiana has a chance to match the win total from the 2017-18 campaigns if they defeat LA Galaxy OC in the National Semifinal... the Union had a strong showing in the Midwest playoffs, defeating two perennial contenders (Detroit Sun and defending champion Grand Rapids FC) by a 8-3 margin... Indiana dominated Detroit by a 5-1 score in the semifinal before the final against GRFC went to extra time after the Union gave up a 2-0 lead in regulation... leading scorer Samantha Dewey (12g, 6a, 30pts) scored the game winning goal in the 108th minute of play to send Indiana to this weekend's UWS Championship... the 27 points (11g, 5a) for the reigning Big East Midfielder of the Year (Xavier University) was good enough for second-place in overall scoring in UWS... that would have been a great stat in and of itself (probably would top UWS in previous years) if it weren't for the season of Kate Howarth, who led the league for the New England Mutiny with 18 goals scored... midfielder Monica Dolinsky - sister of Assistant Coach Paul Dolinsky - is second in goals scored for Indiana with seven (15pts)... Dolinsky was a All-Big 12 First Team and NSCAA All-Central Region First Team during her four-year career (2006-09) for the Kansas University Jayhawks.

LA GALAXY OC PREVIEW: for the second consecutive year, LA Galaxy OC fell just short of the  West regular season title but still qualified for the four-team field of the 2019 UWS Championship via last weekend's National Quarterfinal win over the Houston Aces... former U.S. Women's National Team player and Olympic Gold Medalist Natasha Kai (a late season signing for Head Coach Scott Juniper) scored two goals in the victory while U.S. U-23 Women's National Team midfielder Jenna Nighswonger and U.S. U-19 forward Kate Weisner added the other goals... Juniper (the all-time winningest coach in UC Irvine women's soccer history) has been the Head Coach for LAGOC in both of their seasons in the UWS West, compiling a 13-3-3 record... Kai and Nighswonger have been grabbing the headlines of late but Millene Cabral has been the steady offensive force for Los Angeles this season, leading the way with five goals scored and three appearances on the UWS Team of the Week... defender Natalie Jacobs was the 2018 UWS Defensive Player of the Year for LAGOC and has had a stellar 2019 campaign, scoring the vital game-tying goal against Calgary in Week VIII action and (like her team mate Cabral) has been named to the UWS Team of the Week three times... veteran defender Genessee Daughetee has been the Iron Woman for the team this season (620 minutes), as the former Cal-Berkeley star has nailed down the left back position and is the third LAGOC star (alongside Cabral & Jacobs) to garner three UWS Team of the Week honors. 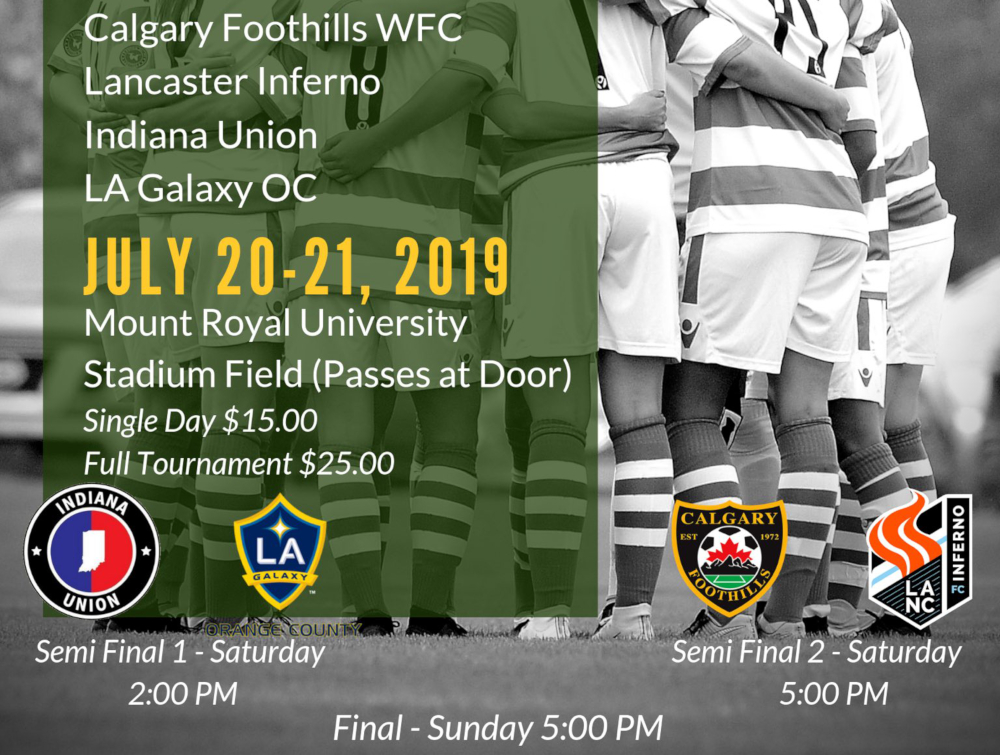