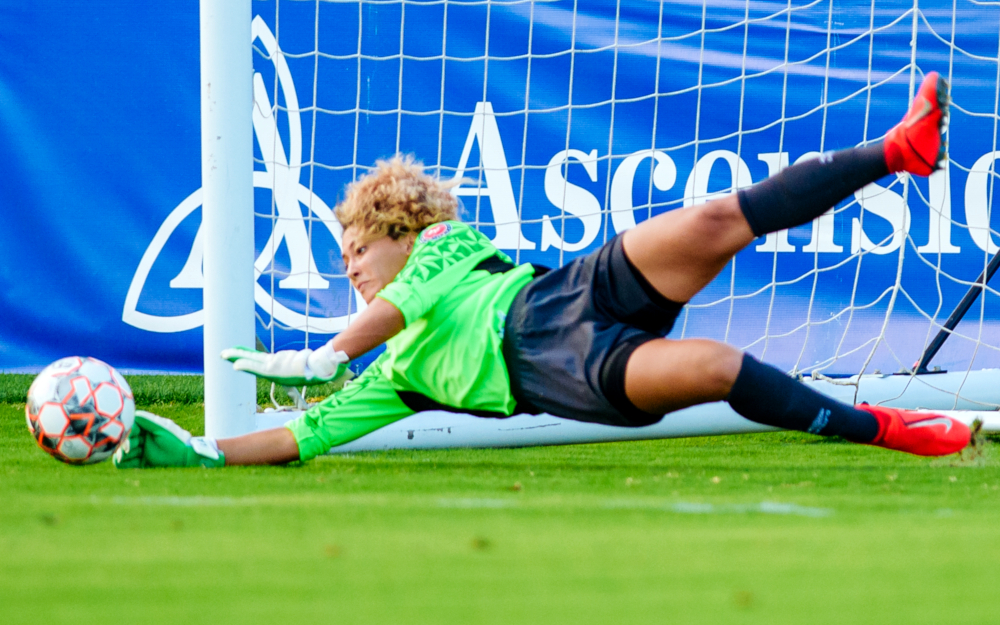 METUCHEN, NJ - FC Austin Elite goalkeeper Liz-Amanda Brown - the 2019 Southwest Conference Defensive Player of the Year - has signed a two year contract to play professionally for GDC A-dos-Francos of Liga BPI: the top flight of women's soccer in Portugal. Brown will immediately join her new team mates as they prepare for their season-opening match at Benfica on Sunday, September 15.

"Thanks to GM Danny Woodfill and FC Austin Elite for inviting me to join the squad, which helped me showcase myself more," said Brown. "With the game videos, I was able to send more content to my agent to show coaches overseas, who could see my potential to play at a high level while playing with FC Austin Elite."

Grupo Desportivo Cultural A-dos-Francos is located in the city of A dos Francos in the Centro Region of Portugal. Liga BPI is run by the Portuguese Football Federation and began in 1993. An initial ten teams competed in the league but now 12 clubs take part in the "Campeonato Nacional" which runs from September to May. The current champions are SC Braga, who won their first title in 2019.

After stints playing professionally overseas in Colombia and Spain, Liz-Amanda took over the goalkeeping duties for FC Austin Elite prior to the 2019 campaign. The former Charleston Southern star opened with an impressive eight-save performance in a 1-0 loss to the Houston Aces - the toughest test the eventual conference champions had during the regular season.

The All-UWS selection went on to have a stellar campaign and led the conference with 24 saves in five starts. In the home finale, Brown stopped a penalty kick and made 10 saves in a 3-1 victory over the San Antonio Athenians that clinched a second-place finish. A video presentation from FC Austin's live streams of her 2019 performances helped cement her pro contract.